"Representatives and direct Taxes shall be apportioned among the several States which may be included within this Union, according to their respective Numbers, which shall be determined by adding to the whole Number of free Persons, including those bound to Service for a Term of Years, and excluding Indians not taxed, three fifths of all other Persons. The actual Enumeration shall be made within three years after the first meeting of the Congress of the United States, and within every subsequent term of ten years, in such manner as they shall by law direct.”
– Article 1 Section 2 of the US Constitution 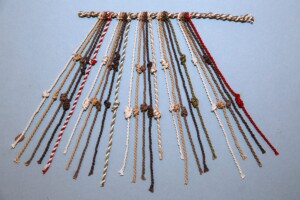 Governments have been counting people and materials in censuses for thousands of years. The first known census in the world took place around 3800 BCE in the Babylonian Empire, and counted livestock, wool, butter, honey, milk, and vegetables. The oldest known surviving written census data is from the Chinese Han Dynasty (2 CE). Around 1400 years later, the Incan Empire recorded census data using knots on string. By the time Europe was colonizing much of the rest of the world, they used census data to keep track of and tax colonial populations.

The first census in the United States was taken beginning August 2, 1790 and was finished 18 months later. Rather than establishing a tax on US citizens, it instead assigned governmental funding, votes in the Electoral College, and Congressional seats. Arizona’s first census was taken in 1864 after it became an official US territory. It listed 4,187 inhabitants, not including Native Americans). Though the US census is decennial (taken every 10 years), in 2015, several Arizona cities completed a special census to update their booming population numbers. In 2020, records showed that the population of the entire state of Arizona grew 11.9% in the previous decade, reaching over 7 million people for the first time.

Census counts are snapshots in time, but are never 100% accurate. For one reason or another, people can be missed or overlooked, whether by accident (e.g. – if someone is away from their home during the count, for whatever reason) or deliberately (e.g. – “untaxed” Native Americans were purposefully excluded from the count in the US Constitution; enslaved African Americans were only included in the count as a whole – and only as 3/5 of a person – not as individuals in their own right; and many other minorities have been overlooked or their race/ethnicity ignored when counts were performed). Sometimes the enumerator’s handwriting is hard to decipher, and sometimes they spelled names wrong or recorded wrong information. Sometimes other, outside influences can affect a census count (e.g. – when faced with overt, anti-immigrant legislation or prejudices, some immigrants are afraid to answer census questions fully or even at all). Funding and time allotted for census counts can also affect the accuracy of a census. We’ll never know how accurate the 1890 census was – all but a few thousand entries of that census were destroyed in a fire in 1921, including those of everyone living in Arizona. 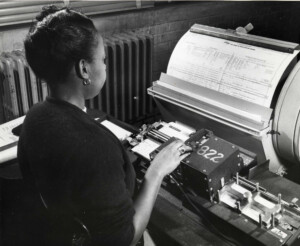 Detailed census information is released 72 years after a census is taken – a length of time written into law in 1978 and chosen to protect an individual’s privacy during their lifespan. Information from the 1950 census was released a month ago, and we’ve already started to explore what that year looked like at Heritage Square. The 1950 census includes these questions: A person’s address; who lives at the home and what their relation to the “head of household” is; their race, gender, age, and marital status; where they were born, and, if foreign born, were they naturalized citizens; and their work information, if applicable. There were additional questions for those people whose names landed on “sample lines,” and those questions included: where the person was living the previous year, in what country were their parents born, education information, more work information (including previous year’s income), and recorded military service.

Here’s what we’ve learned/confirmed so far about the people who lived at Heritage Square: 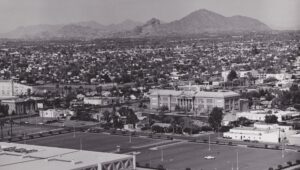 Learn more about who has and who hasn’t been counted in the US census (past and present) by reading Black Perspectives – A Compact for the Good of America? Slavery and the Three-Fifths Compromise, NPR – Your Body Being Used (prisons and the census), and Smithsonian Magazine – COVID-19 Adds a New Snag to the 2020 Census Count of Native Americans.

Much of the information for this article was found in the 1950 Census. If you decide to look up information in this census, we highly recommend using the1950 Census Enumeration District Finder website. It will make your census journey a little easier!

Other information was found online from the Heritage Square archives; Smithsonian Magazine – The First US Census Only Asked Six Questions; the Census Bureau (Historical Census Statistics, The “72 Year Rule”, Censuses of American Indians, and the 2020 Arizona Census); Ancestry – The Arizona Territorial Census; The Journal – The Census Hasn’t Always Counted Native Americans; Atlas Obscura – The College Student Who Decoded the Data Hidden in Inca Knots; and the Arizona Memory Project.

The map at the top of the page is a combination of pages 12 and 15 of the 1949 Sanborn Fire Insurance Map, centering Heritage Square in the middle. The picture of the Incan Khipu Knots is from Atlas Obscura. The picture of the 1950 census worker is from the Library of Congress.