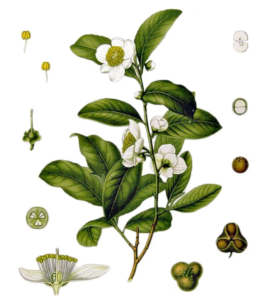 Camellia sinensis, the tea plant, has been cultivated and used to make tea for around 4,000 years. It originated in southern China and Myanmar, but now is grown in countries all over the world, including in the United States (in Hawaii and South Carolina). It was introduced to Europe in the early 1600s, and was at that time not as popular in England as it is today. In the beginning it was very rare and expensive, so even those who may have liked it couldn’t afford it. And then there was a section of the population, led by Jonas Hanway (British traveler and philanthropist), who thought it was a “pernicious” beverage that would “ruin the nation.” It would instead become immensely popular, and tea soon accounted for a tenth of British tax income (as American colonist well knew!).

(Side note: Tea was also used medicinally before it was a popular drink, and was encouraged on the populace as an “appropriate” breakfast beverage to replace…wait for it…their morning gin!!)

After drinking tea became commonplace, the idea of tea as a meal became so as well. Anna Russell, 7th Duchess of Bedford, is credited with the idea of regularly having tea with a snack in the afternoons to banish that “sinking feeling,” she felt during the long stretch between the noonday meal and supper (served between 8-9pm for the upper classes). She soon invited friends to join her in her private parlor or withdrawing room, with the light meal served on low, decorative tables (hence the name, Low Tea). The social gathering became a new fashionable pastime for the upper classes (including Queen Victoria), and an entire industry of tea-related merchandise was born. For a successful “tea” a hostess would need the proper attire (tea gowns with all the accessories), a parlor or outdoor area with the right type of furnishings, chinaware sets, silverware sets, service sets (for tea, coffee, and chocolate), serving pieces, and linens. Also important was having enough servants to make the event go smoothly. Remember, those pretty, multi-tiered serving pieces we love so much for our teas would have meant something different to a 19th century hostess – that she couldn’t afford to have the servants needed for a “proper” tea. 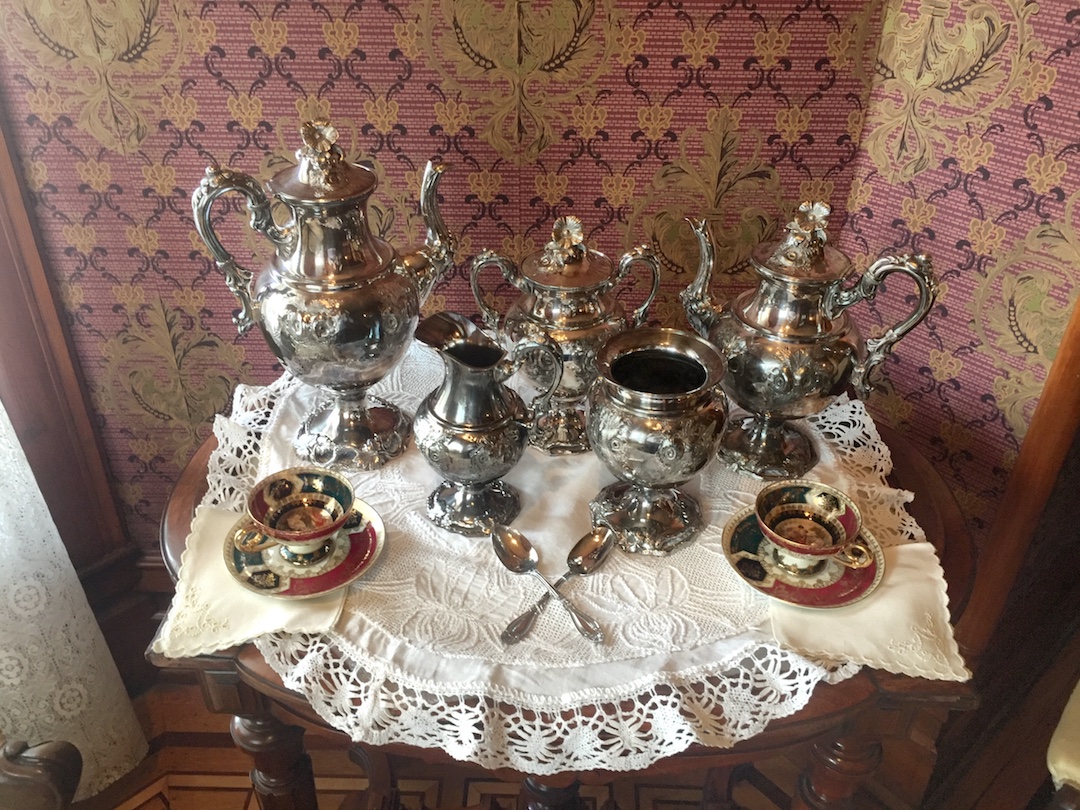 According to a Heritage Square interview with Jessie Jean Higley, her mother would host teas with her friends in the Rosson House entryway turret, and Jessie Jean would come home from school and go to her room using the back stairway to avoid the grown ups!

Teas in the home were events primarily hosted and enjoyed by women, and tearooms gave them that opportunity in public. At a time when women wouldn’t be able to eat at a restaurant without a man escorting them, or wouldn’t be welcome at certain establishments at all, tearooms allowed them to eat and drink alone or with other women. But they didn’t stop there. Working at a tearoom was seen as a more genteel, acceptable job for a woman, and many even owned the tearooms themselves. In the UK, tearooms became connected with both the suffragist and temperance movements, and to those who were seeking systemic social change. Pretty deep for a place more associated today with doilies, flowers, and finger sandwiches!

Information for this article was taken from Jstor Daily, the University of Minnesota Library, and High Tea.

Read more about the taxes that changed the course of American history here.