It’s August, and even though the weather calendars say that this month is generally cooler than the last, it doesn’t feel like it. At least not yet. But, it’s a step in the right direction, and in the meantime, we have our swimming pools and our air conditioners (thank you, Mr. Carrier, for literally and figuratively the coolest invention ever!) to help us beat the heat. 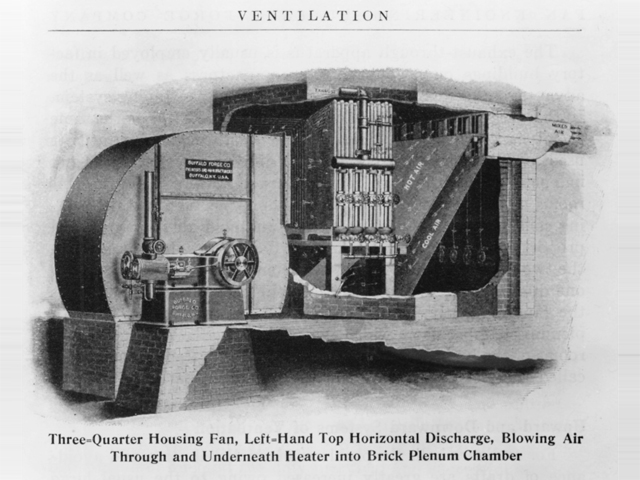 We are so used to these fantastic inventions that we often wonder how on earth the residents of the Rosson House (and the greater Phoenix area) survived these brutal Arizona summers without them. Next to the pressing summer visitor question of, “Do you have air conditioning?” (the answer is, absolutely!!!), questions about how turn-of-the-century Phoenicians survived the summers seem to be our most popular. And the answers are varied.

First, without all of the asphalt and concrete we have in Phoenix today, the city just wasn’t as hot. Second, houses were built to withstand heat better, not having air conditioning to rely on, with windows placed to draw air through rooms, thicker walls in adobe houses, and taller ceilings and transom windows in houses like the Rossons’s. They also slept outside on sleeping porches, protected from dust and prying eyes by light curtains, and from insects by netting, to take advantage of every scrap of cooler air the night provided. (Visitors to the Rosson House know that former residents, the Higleys, also owned a second home up in the mountains – an excellent way to beat the heat, if you can!) 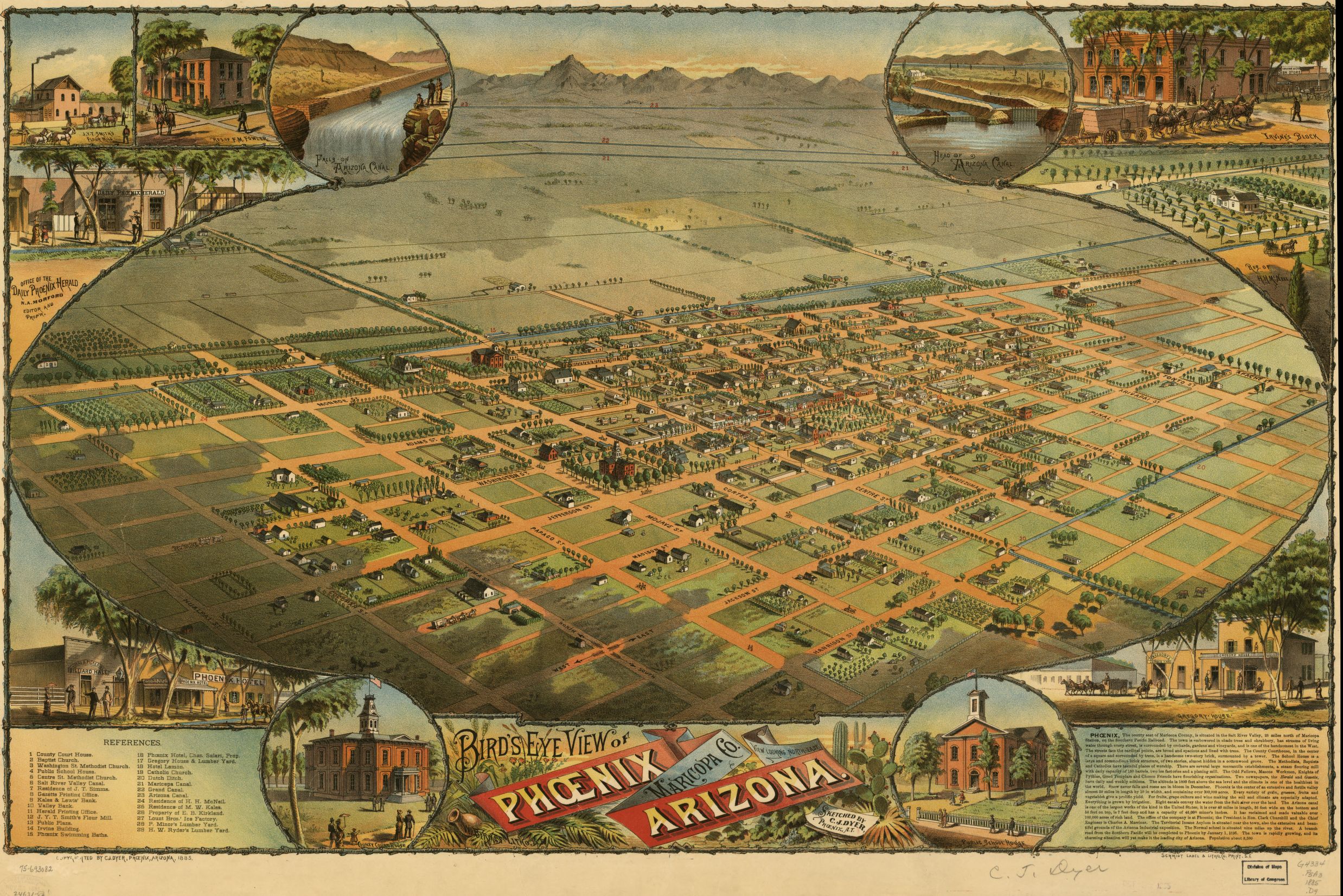 Then, people cooled off with water. Whether it was through using electric fans and wet cloths to provide rudimentary evaporative cooling (or an open window if you couldn’t afford a fan), dunking your nightshirt and/or sheets in cool water before getting into bed, or just dunking yourself – Phoenicians used water to stay cool. And even though they didn’t have backyard pools to splash around in, they managed to find places to swim.

The most popular (and cheapest) swimming holes were in the Salt River and the canals. They were also the most dangerous, with unpredictable currents and undertows that could trap the unwary. But by at least 1885, Phoenix had a swimming “bath” (pictured here in the famed C. J. Dyer map as place #15, on the corner of Van Buren and Centre Streets). It was located right next to the Salt River Valley Canal for a clean water supply, changing out the water on a regular basis as rapid-sand and chlorine filtration hadn’t been invented yet. But that didn’t stop turn-of-the-century Phoenicians from building more pools and swimming holes, from the YMCA (who did allow women and children to swim as well, at certain times), to the Phoenix Park Swimming Baths (just take the street car!)  and the pool at Riverside Park (the biggest in the nation!), pictured at the top of the page. Businessman H. H. Shoup (owner of an area lumberyard) purchased a piece of land around the Salt River between 1st Ave and 5th Ave that he would call Shoup’s Park or Shoup’s Lake. It would open in 1918 with boating and swimming with no lifeguards on duty, but the very interesting thing about the lake is that it was also advertised in the Phoenix Tribune, a black-owned and operated newspaper, as being “Open to all races alike.” 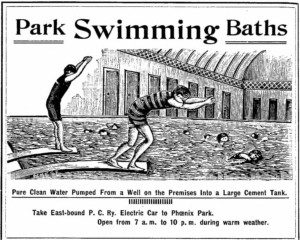 Private pools became more popular with the middle class after World War II, and air conditioning took off in the ‘70s and ‘80s, making it easier than ever to beat Phoenix heat until the long summer ends. So, hang in there fellow Phoenicians, because there are cooler temps over the horizon! And in the meantime, stay cool and learn more about history at our History at Home webpage in the comfort of your lovely, air conditioned home.

We hope to see you soon!