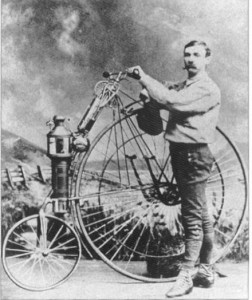 An inventor on the forefront of the creation of the motorcycle in the 1880s lived right here in Phoenix. It’s true!

Lucius D. Copeland, a mechanical engineer, who was employed by the city of Phoenix to install and maintain the clock in the new Maricopa County Courthouse (1884), was also a tinkerer and inventor.  In July 1900, the Arizona Republican listed him as the inventor and operator of the first motorcycle in the west, and possibly even the world!  While the second claim wasn’t true (and we’re unsure of the first), it is true that Copeland was one of the first to add a motor to a bicycle. (Though steam-powered versions aren’t generally considered “true” motorcycles, Copeland and other bicycle pioneers and innovators certainly contributed to their design and development.) 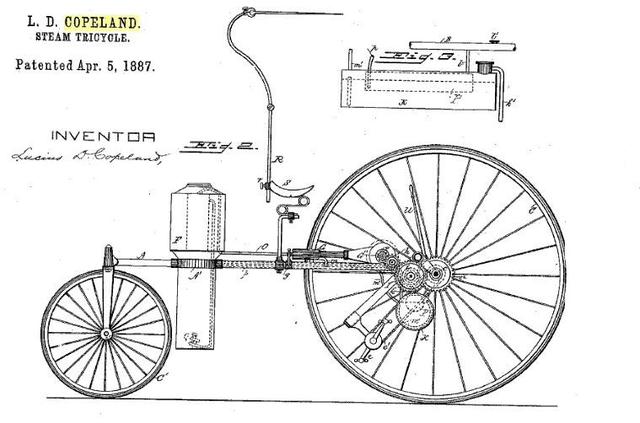 Copeland used a Star bicycle frame (main picture above, from the Museum of Applied Arts and Sciences), and attached a steam-powered engine to it.  In November 1884, at the new Arizona Territorial Fair, Copeland displayed his homemade “steam bicycle” (soon known as the Copeland Steamer – pictured with him above) and won a first premium.  In 1887 he received a patent for a steam-powered tricycle (patent pictured here), and created the Northrop Manufacturing Co. in New Jersey to 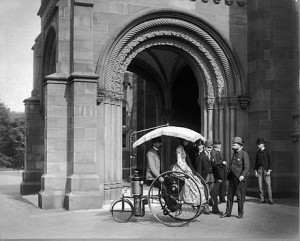 Copeland’s three-wheel moto-cycle, in front of the Smithsonian in 1888.

build his Phaeton Moto-Cycle, which could top out at a whopping 12 miles per hour.  He would go on to build around 200 of the moto-cycles by 1891 before deciding there wasn’t enough money in the venture and retiring.  He was back in the Phoenix Directory in 1895, listed as a mechanical engineer, joining so many others, past and present, who’ve come to retire in this great city.  Find out more about L. D. Copeland in this article, and see a replica of his Steamer on display at the Arizona Science Center.

If early modes of transportation are right up your alley, check out this YouTube episode featuring Valley resident Alan Travis, who has been collecting pre-WWI cars since 1980. 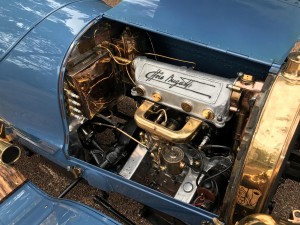 The episode is one of Jay Leno’s Garage, and features both Travis and his very rare 1913 Bugatti T-22.  Alan joined us for our annual Motoring Through Time festival in 2018 with the Bugatti, and in 2017 with the car pictured below, a 1909 Delage Voiturette. 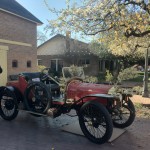 Information about L. D. Copeland was gathered from 1884 editions of the Arizona Republican, the 1895 Phoenix City Directory, and from the Smithsonian Archives.

like our history blog? You’ll love being a member!

As a Heritage Square Member, you’d enjoy free entry to Rosson House year-round, extra passes to give away to friends, a discount at The Bungalow museum store, and much more – all with the great feelings that come when you support local history. Thank you!