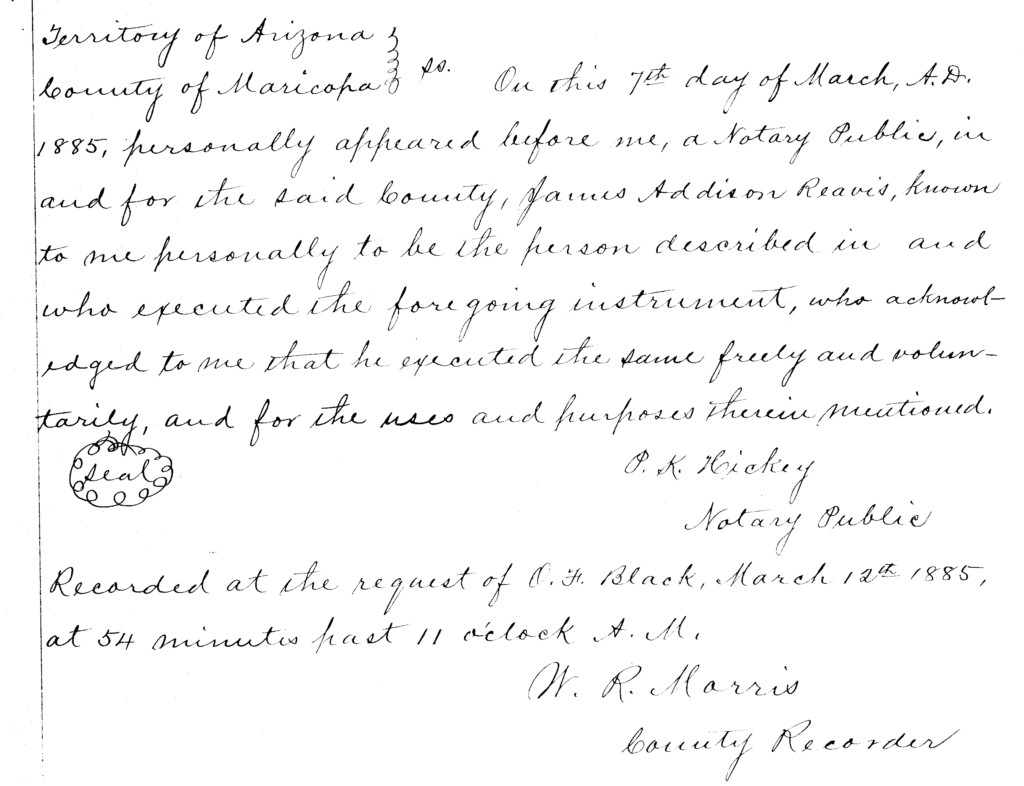 A portion of the Rossons’ Reavis deed (copy from the Maricopa County Recorders Office), dated March 12, 1885.

Flora Rosson purchased Block 14 from her sister, Margaret Richardson, on May 26, 1882 for $1000[1]. So when we found a second deed of purchase for the property (dated in 1885) at the Maricopa Country Recorders Office, we were puzzled. This deed shows that Flora Rosson paid $150 to James Addison Reavis for the very same Block 14.[2] Who was Reavis? How did he acquire the title? Had the Rossons sold the land and were buying it back?  And, if they were, why were they purchasing it from him for so much less than it was worth?

Quick research into Reavis reveals a land fraud scheme on a truly spectacular scale. Reavis claimed title to the Peralta Land Grant (map pictured above) supposedly granted by the King of Spain in 1782. These 18,600 square miles covered large swaths of Arizona and New Mexico. It included Phoenix, the Salt River and Gila River Valleys, 9 cities and towns and hundreds of mines. Before the claim was finally proven fraudulent, Reavis had taken in over $5.3m[3] over nearly 15 years.

In 1883, James Addison Reavis arrived in Tucson and registered a claim with the Surveyor General. He had trunks of documents that showed that he had purchased title to the grant from the heirs of Miguel Peralta. The surveyor and his clerks pored over the documents and recorded the claim. Initially, they thought he had a pretty good case but knew that Congress would ultimately decide its validity. [4]

Arizonans were skeptical, but when the President of the Silver King Mine agreed to pay Reavis $25,000 in royalties, the Reavis claim gained more credibility. This fee was tiny for Arizona’s richest mine, but Arizonans wondered why the mine would pay anything if the claim wasn’t valid.[5] From late 1883 through 1887, dozens of deeds record sales by Reavis to various parties in Maricopa County, including the Rossons’ Block 14 and other land.[6] 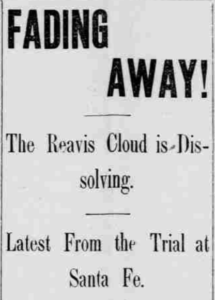 As opponents poked holes in his claim, Reavis’ plan grew more elaborate. He claimed to have found the last Peralta descendant and married her. Additional documents were found to bolster his claims. Newspaper campaigns and powerful politicians supported his cause. He found a ruin south of Casa Grande and built a mansion on the spot declaring it the ancestral home of the Peraltas.

In the meantime, the new surveyor general, Royal Johnson, continued detailed examination of the documents. Agents visited Mexico City and Madrid, but Reavis had been there first to plant forged documents. In 1889, Johnson released an unfavorable opinion of the claim to the government citing unlikely spelling errors, incorrect seals, and papers and pens not yet invented as of the date of the document.[7] The claim was formally rejected in 1890, and Reavis responded by suing the United States. 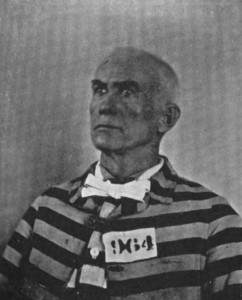 The civil suit was also rejected after 5 years of gathering evidence on both sides. A criminal trial followed on charges that Reavis conspired to defraud the United States and 41 other counts. Reavis was found guilty and sentenced to two years in prison and a $5000 fine.[8] Reavis died broke in Denver, in 1914.

If you want to see a fun Hollywood take on the James Reavis story, don’t miss Vincent Price in The Baron of Arizona (1950). Vincent Price does a great job, but we’re a little disappointed he doesn’t have Reavis’s muttonchops! (see a clip of the movie here)

[7] Adverse report of the Surveyor General of Arizona, Royal A. Johnson, upon the alleged “Peralta Grant” A complete expose of its fraudulent character. Arizona Gazette Book & Job Office, 1890.