It’s back to school season, when social media is filled with pictures of happy parents, and sad kids (and teachers)!  Though now many Arizona schools get back in the swing of things in August, when the Rosson House was built in 1895 the school year didn’t start until mid September, and it ended around the first of May. 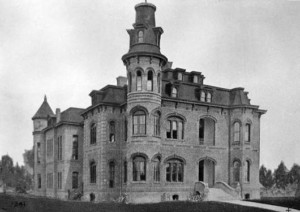 The first public school district in Phoenix was created in 1871, with classes held in the Maricopa County Courthouse, and 20 students in attendance for a 6 month long school year. The first schoolhouse was built in 1873 (pictured at top of page), and the first professionally trained schoolteacher, Miss Nellie Shaver was hired that same year. Keeping schoolteachers would prove to be difficult because operational funding was inconsistent, and the school occasionally closed and reopened due to lack of funds. At that time, most of the people who lived in and around the Valley were single men, so schools weren’t high on their list of priorities. But by 1880, school enrollment had reached 379, and reached almost ten times that amount by 1915. New schools were built or buildings were acquired, including the Churchill house (pictured to the right) that became Phoenix Union High School. The school built closest to the Rosson House – the Monroe School (now the Phoenix Children’s Museum) – opened in September 1914 to much fanfare, touting its new desks, “scientific” lighting, ventilation, stairways and fire escapes, and toilets. The Territorial Normal School (now Arizona State University) was established in 1885 to train teachers for the growing area school districts.

Today, Arizona schools are open to any and all children, but the Territory codified segregated schools in 1909, a policy backed nationally by the 1896 US Supreme Court decision of Plessy v. Ferguson (supporting the constitutionality of “separate but equal” facilities for people of different races). 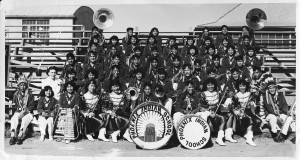 The specific law to segregate Arizona schools was later added to the Territorial constitution in 1909, with House Bill #101, found unconstitutional 42 years later by Judge Fred Stuckmeyer in his decision on Phillips v. Phoenix Union High School District. Until that time, separate schools were established for African American students (the first one was Fredrick Douglass Elementary School, later renamed after Booker T. Washington), Mexican American and Asian American students, and Native American students. The Phoenix Indian School opened in 1891, operating on the premise that all Native American culture, from language to history to religion, should be effectively erased. Luckily, the precepts of the school changed over time, and the school itself closed in 1990.

All of the Rosson House children (from the Rosson, Goldberg, Higley, and Gammel families) attended school in Phoenix. Mrs. Rosson herself was one of the students in that first 1871 class (though we’re not sure which of the kids in the picture here to the right is Flora). In our interview with Jessie Jean Lane, née Higley, she remembered attending Miss Laird’s Private School, Central School (located where the San Carlos Hotel is now), Phoenix Union High School, and then graduated from an all girls’ school in California. 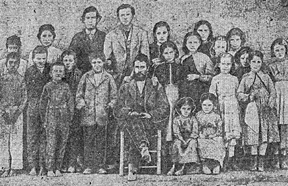 Her younger brother, James, graduated from Phoenix Union High School, and later from Stanford University before receiving officer training as a lieutenant in World War I (he was killed in battle in France, on September 28, 1918).

Today there are more school districts that serve families in the city of Phoenix than there were students who went to that first school in 1871. How times have changed!

Want to learn more about local history? Visit Rosson House for a tour or check out one of our Traveling Trunks!

Learn more about school history from our August 2020 blog. 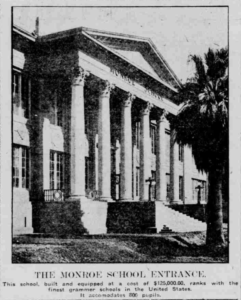 Information for this article was found from the City of Phoenix website, Arizona Archivy – the blog of the AZ State Archives, the Digital AZ Library, the website of the Library of Congress Digital Newspaper Archive of the Arizona Republican newspaper, the Phoenix #1 School District website, and Merriam-Webster’s website (we love dictionaries).