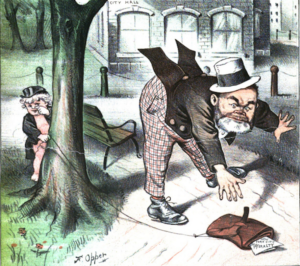 April Fool’s Day is here, and that means a prank is likely not far from being played. From your family member that puts fake bugs and spiders in your cereal, to that one co-worker who brings in the doughnut box that is actually full of veggies, tricks are all a part of the trade on this day!

There is no definite time or place that historians can point to as the birthplace of April Fool’s Day. Some think it’s tied to the Roman festival day of Hilaria – a day of celebration and merriment which took place on March 25th. Others point to the popular Feast of Fools (on approximately January 1st) celebrated by the Catholic Church until the 16th century. It could also be tied to the calendar change instituted by Pope Gregory XIII, where he declared that all Christians use a standardized calendar, and moved the beginning of the year from the end of March to the beginning of January. People who still celebrated the new year in March were considered, “April fools.” (Washington Post)

No matter where it got started, people seemed to enjoy having a day of frivolity and trickery, even the seemingly stern and uptight Victorians. Newspapers from that time are filled with their exploits:

“The smart Aleck who, on the first of April, telegraphed an account of alleged dreadful crimes, committed by the father of a family living near Austin, Nevada, as an April fool joke, should be discharged…He is of too sanguinary turn of mind to have charge of a telegraph office in time of peace.” Arizona Weekly Miner, April 10, 1874

“The April fool day diversion of attaching an electric battery to a door knob on Railroad Avenue rudely shocked the finer feeling of many people, but the star joke was played on several dignified limbs of the law. Timothy Donahue, looking much concerned, excitedly told City Marshal Hochderffer and Constable Dickinson that (because) burglars had broken into the cellar of the saloon and let all of bungs out of the barrels, their stomachs could not empty. Along came Justice Prime about that time, and the trio of sleuthhounds stepped solemnly down the stairs. The conspirators promptly locked them from the outer world and kept them prisoners until they pleaded for mercy.” Coconino Weekly Sun, April 4, 1895

“April 1 was celebrated in Phoenix yesterday by an ever-increasing crowd of small boys who gathered at the Phoenix National bank corner. Someone had nailed a nickel to the street crossing…Three persons out of five forgot it was April fool and stooped for the nickel…At each attempt to acquire the nickel a delightful howl went up from the side walk and the victim being reminded that a new month had rolled around, hurried on.” Arizona Republican, April 2, 1899 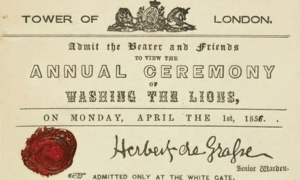 The newspapers even gave advice on how to host an inventive April Fools’ Day party – suggesting everything from pretending not to be home when people showed up for the party, prank games to play, and a complete April Fools’ menu that included cups of beef bullion topped with whipped cream to look like hot chocolate. Ugh! (You can find the entire article here – April Fools’ Party)

Pranks were not necessarily relegated to April Fools’ Day, as shown by this quote from the August 29, 1909 Arizona Republican:

“Prankish Party at Iron Springs – …Thursday evening the camp was beset with a crowd of pale ghost-like figures…They swarmed the station and seemed to take great delight in frightening the passengers on the south-bound train…An old couple, evidently not used to the wild and woolly kind were seen making desperate attempts to crawl under the seats and out of the window in one last effort to escape.” The list of “ghosts” involved include two familiar Rosson House names – Hazel and Selma Goldberg!

However you may be celebrating this day of trickery, we hope this article made you smile and lifted your spirits. Hang in there – we’re all in this together!

Read about more April Fools’ Day fun on these websites: 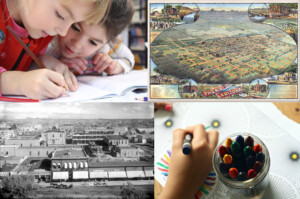 Looking for something fun to do at home? Look through our History at Home page – on it, you will find coloring pages, word finds, historical treasure hunts, fun crafts and more!