The Great Migration: Indiscernibles in Arizona 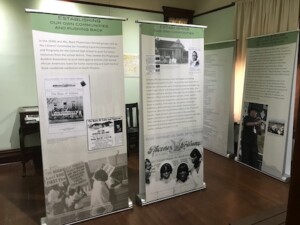 (January 2020 – September 2022) The Great Migration: Indiscernibles in Arizona explores our state’s part in the migration of African Americans from the rural South to the cities of the North, Midwest and West from approximately 1915 to 1970. While mainstream narratives of Arizona history have previously marginalized Black people and left out their stories, rendering them indiscernible, this exhibit tells their story, exploring the search for new beginnings and financial opportunity, as well as the experiences of racism and isolation faced by both early migratory cotton pickers and newer residents. It provides a glimpse into the lives of ordinary Black Arizonans, celebrates the survival of their ancestors, and of their establishment of enduring and thriving communities in the Valley of the Sun.

This exhibit is part of a larger multi-disciplinary project of the same name developed by Emancipation Arts, LLC in collaboration with ASU’s School of Human Evolution and Social Change. 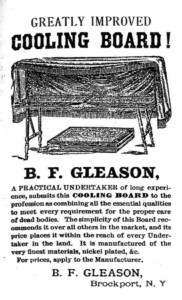 (October 2019) Seen through today’s perspective, Victorians had some truly strange customs. A few, like parlor games that included flaming food or molten lead (used to tell a young lady’s fortune), are kind of funny, despite the likelihood of inducing first or second degree burns. Others, like postmortem photography and hair art (both examples of Victorian mourning practices), make many of us uneasy. Even worse, funerals and wakes were held in people’s homes (usually in the front or formal parlor)! 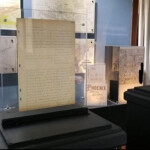 You are Here: Mapping Early Phoenix

(November 2018 – November 2019) Mapping Early Phoenix was created in conjunction with the Maricopa County Recorders Office, and supported in part by a grant from APS, this exhibit looked at who and what was here in turn-of-the-century Phoenix, and how the city has grown and changed with time.

Victorian Secrets – A Glimpse of the Unmentionable 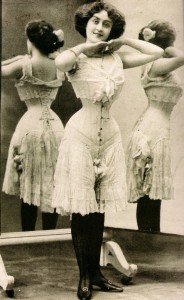 (September 2013 – July 2015)  This popular exhibit included displays of turn-of-the-century underclothes. See pictures of the exhibit at this link.

(January 2015 – June 2016) From its creation in 1870 and through the twentieth century, the City of Phoenix grew from an agricultural adobe village to one of the largest and fastest growing metropolitan areas in the country.

Progress, however, had a cost – and the fee was often the historic and aesthetic fabric of the city. PHOENIX RE:imagined explores the urbanization of the city and how the diligent work of a preservation minded community resulted in saving historic sites like Heritage Square.

(September 2015 – January 2016) Working in cooperation with Native American Connections, the Phoenix Indian Council, and the Heard Museum, this exhibit told the story of the efforts to restore the Phoenix Indian School Band Building.  Find out more about this restoration here.

(February-October 2017)  Displayed in the Rosson House Museum, visitors got to see turn-of-the-century clothing in their contemporary setting, including the feature piece – a gown worn to the 1909 inauguration of President Taft, on loan from the personal collection of the owner of Black Cat Vintage, Phoenix.

(March 2017 – May 2018)  Details delved into the adornments, trinkets and trimmings that defined turn-of-the-century style.

Displayed in the Rosson House Museum, Plate Expectations exhibited dinnerware from the Heritage Square collection, as well as historic dining artifacts on loan from Pueblo Grande Museum from the archaeological digs around Heritage Square.