The Great Migration: Indiscernibles in Arizona

We will be posting information about The Great Migration: Indiscernibles in Arizona, our exhibit about the experience of African-Americans in our state, online here for you to explore. Thank you to guest curator Clottee Hammons of Emancipation Arts, LLC for making this additional information available to us, so we can share it with you at this time.

The Mission of Emancipation Arts is to honor our enslaved African ancestors through Arts practices, dissemination of relevant history and egalitarian collaborations.

Find more information about Emancipation Arts on their webpage.

If you liked learning about the Great Migration, you’ll love these! 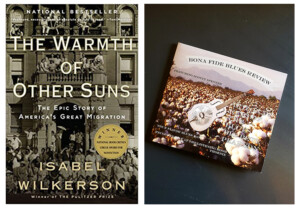 Your purchase supports local history at Heritage Square, as well as local artists and crafters.