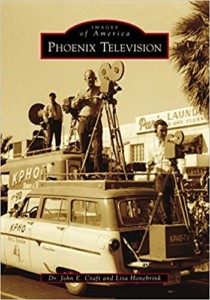 Hear from the authors of “Phoenix Television,” Dr. John E. Craft and Lisa Honebrink, with an introduction by Phoenix television icon Pat McMahon, featured in the book  for his roles in the “Wallace and Ladmo Show.” A nostalgic read for those who grew up watching local TV, “Phoenix Television” provides some rare archival photos of crew and behind-the-scenes staff who created our first TV stations and shows, along with the news anchors and stars of the day.

Books will be on sale following the program. Royalties will be donated to  the scholarship fund at the Arizona House of Broadcasting, Inc. (HOBI), a 501c3 non-profit. HOBI awards scholarships annually to students at ASU’s Walter Cronkite School of Journalism and Mass Communication, ASU’s Hugh Downs School of Human Communication, and the Eller School of Management at the University of Arizona.

Free and open to the public. Space is limited, so reservations are strongly recommended.Discounted parking in the Heritage Garage with validation.

The talk will be held in the Lath House Classroom, located upstairs in the wooden open air structure behind the Rosson House. 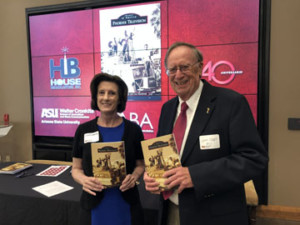 Dr. John E. Craft and Lisa Honebrink both are members of the Board of the House of Broadcasting Museum in Phoenix. Craft is a member of the faculty of the Cronkite School of Journalism and Mass Communication at Arizona State University, and Honebrink has been a television producer and spokesperson as part of her public relations career in Arizona.

This talk is given in partnership with the House of Broadcasting , Inc.