“…Give me your tired, your poor, Your huddled masses yearning to breathe free, The wretched refuse of your teeming shore. Send these, the homeless, tempest-tost to me, I lift my lamp beside the golden door!”

– “The New Colossus,” poem by Jewish immigrant Emma Lazarus, engraved on the base of the Statue of Liberty 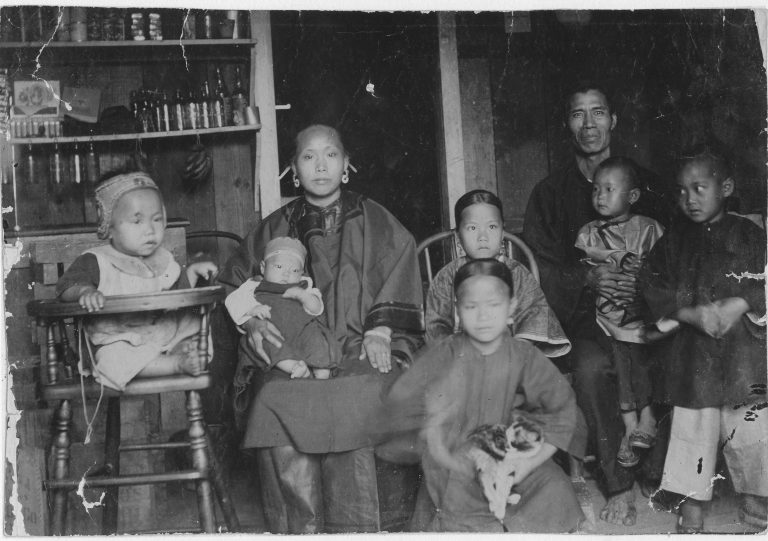 When the US became a nation, its leaders immediately began deciding who could become a citizen and who couldn’t. The 1790 Naturalization Act required people who wanted to become citizens to have lived in America for two years and be “of good moral character.” It also mandated new citizens be “free” and white, denying citizenship to Native Americans and to African Americans, whether they were enslaved or not. The Alien and Sedition Acts (1798) allowed for the arrest, imprisonment, and deportation of foreign-born people during wartime for no reason other than their country of birth. This would, over 140 years later, become the justification for Executive Order 9066, incarcerating Americans of Japanese descent during World War II. In 1882, the Chinese Exclusion Act was passed, banning immigrants from China outright for ten years, and refusing citizenship to those who were already in the US. The 1907 Immigration Act barred immigrants with mental and physical disabilities, and the Immigration Act of 1917 created literacy tests for immigrants 16 years and older. It also outright banned immigrants from India, Indochina, Afghanistan, Arabia, the East Indies, and more. The Johnson-Reed Act of 1924 created an immigrant quota system, restricting each nationality to 2% of their listed amount in the 1890 census, and limiting the total amount of immigrants each year to just 165,000. This law was still in place at the beginning of World War II in Europe, and was responsible for turning away many Jewish people who hoped to escape to the US, including Anne Frank and her family.

Still, waves of immigrants came to America over the years, fleeing their former homes for economic reasons (taxes, job shortages, drought and famine) and/or for religious or political ones (persecution, violence). They were drawn by promises of jobs, cheap farmland, and also the California Gold Rush (1849). The late 19th and early 20th centuries saw the biggest increase in people emigrating to the US, though – from 1850 to 1913 over 30 million immigrants came to America in search of a better life, and by 1910, about 22% of American workers were immigrants. So many people were emigrating, in New York in 1892 the federal government established Ellis Island as an official immigration station, which would eventually process over 12 million immigrants in the 62 years it was in operation. On the west coast, Angel Island was the immigration station in San Francisco, processing an estimated 1 million immigrants between 1910 and 1940.

At the turn of the century, the Arizona Territory population was much like Arizona’s is today, where the majority of people living here come from somewhere else. In 2019, over 60% of Arizonans were born in a different state, and 13.4% of Arizona’s population was born in a different country. Almost 100 years before, immigrants made up almost a quarter of Arizona’s population (80,566 out of 334,162). At what is now Heriage Square, all but one owner of Rosson House was born in a different state – the Rossons were from Virginia and Texas, the Goldbergs from California, the Higleys from Ohio and Illinois, and Billie Gammel was from Georgia – leaving Frankie Gammel the only one born in Arizona. Of their parents, most were also born in the US except for Frankie’s mother (Mexico), and Aaron and Carrie Goldberg’s parents (his were from Russia and hers from Germany). But there were other people who lived at Rosson House over the years who were immigrants, starting with the Goldbergs, who had two foreign-born lodgers living with them at the House when the 1900 census was taken – Louis Migel from Russia (who was also Aaron’s brother-in-law); and Henry Christoph from Holland. The Gammels, for whom we have three consecutive decades of census information while they lived at Rosson House, also had lodgers live with them who were foreign-born: In 1920, Jack Morgan (Australia), John Irwin (Ireland), Gus Guzunis (Greece), and Billie Orreges (Greece) are all recorded as lodgers at Rosson House; Suncion Perez (Mexico) is listed as living there in 1930, and he was likely also the person listed as living at Rosson House in the 1940 census under the name/spelling Ascension Perez.

Immigrants made even more of an impact in the other buildings at Heritage Square. When the Rossons sold land on the south side of Block 14/Heritage Square, they were selling it to immigrants – Leon Bouvier emigrated from French Canada in 1872, Albrecht Frederick Conrad Kirchoff from Germany in 1875 (his wife, Bertha, emigrated from Germany in 1885), and Constance Stevens from England in 1888. Two out of those three also sold their properties to immigrants – Constance to Edward Haustgen, who emigrated from Luxembourg in 1906, and Conrad to Alejandro and Mary Silva (he emigrated from Portugal in 1882, and she from Mexico in 1874). Edward is listed in the 1910 census as living at 613 East Adams with a roommate from France (they were possibly living across the street from the Stevens-Haustgen House at 614, or maybe at the Teeter Carriage House??), and many of Edward’s foreign-born relatives lived at the Square (listed in the 1920 and/or subsequent censuses), including his mother (Mary Haustgen), his sisters (Marguerite and Anna Haustgen), his nephews (George Bernard and Frank Conter), and his niece (Mary Conter). Alejandro never lived at Heritage Square, though Mary lived at Silva House with their nieces (Frances Miramon and Marion Silva) after his death. Like the Gammels, the Haustgens and the Silvas rented out rooms at least once to lodgers who were immigrants – in 1920, John Powers (Canada) rented a room from the Haustgens, and Isadore Coppro (Italy) rented a room from the Silvas. (FYI – Leon Bouvier owned the Bouvier-Teeter House; the Kirchoff family owned Silva House; Constance Stevens owned the Stevens and the Stevens-Haustgen Houses; Marguerite Haustgen built/owned the Duplex as a rental property in 1922; and Kathryn Baird of the Baird Machine Shop/Pizzeria Bianco was from Arizona, but her parents were immigrants from England.) 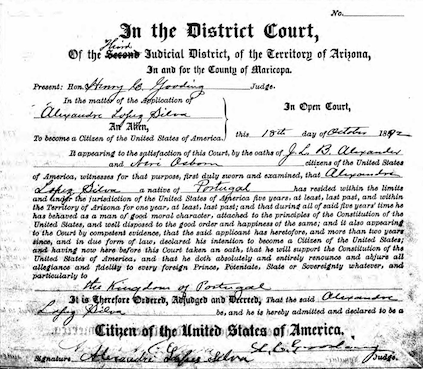 The 1920 census had the most immigrants listed as living at Heritage Square (ten), which is the same year the Phoenix City Directory said this on their opening page, “Phoenix is a modern town of forty thousand people, and the best kind of people, too. A very small percentage of Mexicans, negroes or foreigners.” At 23.9% of the population of Arizona being foreign-born in 1920, their math as well as their intent was wrong, but they were right about one thing – Phoenix’s diverse population was, and is, the best kind of people!

Learn more about the Silva family, immigrants and pioneers, in our upcoming exhibit at Rosson House this fall – the exhibit grand opening will be on December 2nd. Stay tuned for more details!

Learn more about who lived at Heritage Square in 1950 from our article about that year’s census.

Learn about US immigration in the 20th century from the very important PBS Ken Burns special, The US and the Holocaust.

Information for this article was found online in the US Censuses from 1880 through 1950; Population Demographics from the Census Bureau; Library of Congress Immigration to the US, 1851-1900, Intolerance; the History Channel Immigration Before 1965; the Office of the Historian (US Dept. of State) The Johnson-Reed Act; PEW Research How Immigration Laws and Rules Have Changed Through History; the National Archives Executive Order 9066, the Chinese Exclusion Act; Wyoming History The Rock Springs Massacre; PBS Destination America Immigrants; Smithsonian Magazine How the 19th Century Know-Nothing Party Reshaped American Politics; Stanford News …Historical Age of Mass Migration; the National Park Service Angel Island and Ellis Island; Philadelphia Encyclopedia Nativist Riots; Oxford Research Encyclopedias Mexican Immigration to the United States, and the Arizona Daily Star.