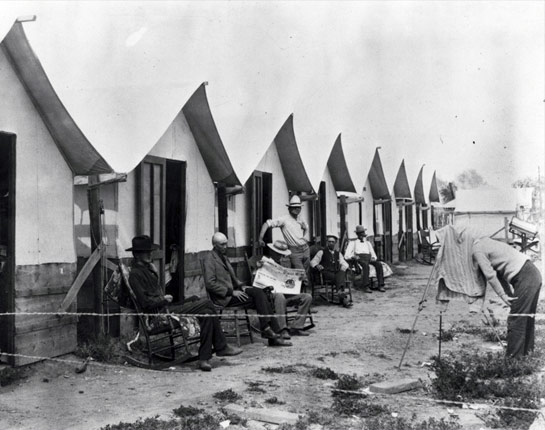 Historically, Arizona had five economic drivers, and if you went to elementary school here, you know what they were.  Say it with us now – copper, cattle, cotton, citrus, and climate.  Good job!

Each of these Cs were important to Arizona’s growth, but it was our climate that made all the other Cs possible.  The combination of sunshine, low altitude, dry air and temperate winters were attractive to more than just miners, farmers and ranchers – it also drew an entire population of people who came to Arizona for their health.

Many of the medical tourists who came to Arizona had respiratory diseases like asthma, bronchitis, or tuberculosis.  By the turn of the century, patients who traveled here could convalesce in private homes, health resorts, and tubercular hospitals.  The poorest of those lived in tent cities, like the one pictured here from Phoenix in 1903 (PBS The Forgotten Plague: TB in America).  The Sisters of Mercy opened St. Joseph’s Hospital in 1895 in what is now downtown Phoenix (4th and Polk) in a house they rented to care for tubercular patients (pictured bottom right, AZ Central). 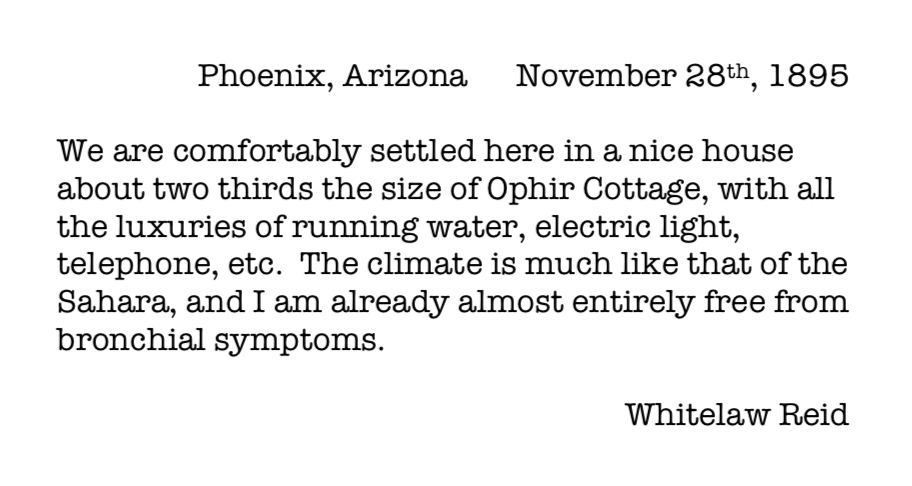 Even the Rosson House was touched by health tourism.  In November 1895, the Rossons rented their home to Whitelaw Reid.  At that time, Reid – owner of the New York Tribune, former Ambassador to France, one time Vice Presidential candidate, and future Ambassador to Great Britain – suffered from bronchitis, and had recently returned from a trip to the Middle East that his doctors hoped would improve his condition.  When it did not, his doctors suggested the American southwest, and most particularly the Arizona territory, to have a rest cure.  He and his family rented the Rosson House for two winters (1895-96, and 1896-97), and his health improved. 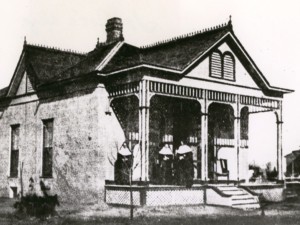 Today, the Arizona Office of Tourism reports that 43.9 million people visited Arizona in 2017, and spent $22.7 billion in our state.  Sounds like that historic economic driver, Climate, is still going strong!

Information for this article was found in the Heritage Square archives, and from the University of Arizona’s excellent website about the history of medical tourism in Arizona and the Southwest (found here).

You can learn all about Arizona’s 5 C’s from the comfort of your own home, and find many other fun historical activities on our website.

For schools and homeschoolers, check out our educational Traveling Trunk for your classroom – complete with materials and lesson plans!  Contact our staff at info@heritagesquarephx.org for more information.